Wholeness and Healing (The Evolution Of C) 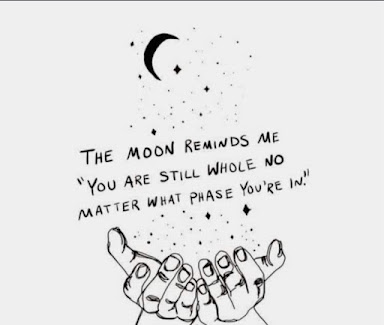 I have shared the deepest parts of me on this platform since 2014. I have written books, helped others write books and created a small "following" and community of misfits, underdogs and beautiful souls. I have launched a publishing company, worked a million office jobs (it feels like a million) and even spent months in darkness due to rejection. I have battled with depression, anxiety and the consistent need to be productive in whatever I may be doing at the moment.

In all of my seasons I have learned how to move forward and it has not always been willingly! I have felt heartache, I have grieved the loss of some of the most beautiful souls and I have also grieved the disconnection from communities where I thought God had led me.

I started this blog in my mid twenties. I was at the height of living in a new city, adapting to life, ministry and even involved in what I now know to be a cult. I have spent the past couple months explaining that chapter of my life to my therapist and psychiatrist because although traumatic, I never took the time to deal with it. I was raised to be a free thinker, I was raised to never be a follower so to find myself caught up in something such as that left me broken.

I have found that most people who end up in cults never intend to and it does not start off as a cult or they would not have fallen prey to it. For me it started off as "ministry." It was a purity ministry for women/girls aiming to be celibate and maintain a connection with God. It was very innocent and for about 5 years it was my world/life. I had friends, I had what I thought was a purpose and every second Saturday there was anywhere from 5 to sometimes 25 women in my living room. We would have dinner, we would pray, we would study the Bible together. We celebrated birthdays together and we were close (sisters).

When that world crashed, when we all began to realize that we had been misled and that the people who were leading us had became sinister, deceitful and self righteous it was crushing. It was a grieving process and as I was entering that phase I was also faced with losing one of the most important people in my life. I lost my Grandfather in that time frame, I had just lost "myself" and everything that I thought I knew.

I started therapy in the fall of 2018, I had moved back home in 2017, my Grandfather became ill a couple months later and life just declined from there. I had never unpacked any of my issues. I had never dealt with the neglect from my father, the rejection and neglect from my step father who made it clear that I was not embraced or accepted. I had a Grandfather who stepped in and up in the best way that he could. My Grandfather was not my father though and that was an internal battle/reality for me constantly. I always say that a father who is "in and out" may hurt worse than one who is simply absent completely. The cat and mouse game of "here I am" and now I am going to disappear for years on end contributed to my anxiety and neglect issues.

It is never a child's job to build or maintain stable relationships with adults. It is just not natural for a child to carry that weight. I will die on that hill. Adults are responsible for how they set the tone of relationships and connections with children. If they sow discord, verbal abuse and meanness then naturally a child is going to respond with same type of response. It is unfortunate that so many children are gaslit because adults lack maturity and the ability admit their wrongdoings.

I was a product of neglect from men that were supposed to protect me. Naturally I had an aversion and disdain for men. I made my disdain the basis of many relationships, views and opinions. After my Grandfather died, I became very bitter. I had yet to unpack the trauma and the space that he once filled was empty. I no longer had that "pillar" who had held up so much of that gap that was clearly there. My Grandfather was my "father figure" and he was the only man that stepped in, protected my sister and I. He was one of the few people who defended, sided and  saw the neglect and rejection. We communicated about a lot through tears, frustration because my Grandfather was a very compassionate man. When he left this earth, a part of me left as well. My family as a whole pretty much fell apart.

I was on a healing journey and then the world literally fell apart. My therapy sessions were interrupted, the pandemic caused a lot of confusion for me emotionally and I found myself reverting backwards. I had worked so hard to heal and become this healed individual but let me pause for a moment. Healing is not linear, it is not a one size fits all and it is literally a process. Healing is a journey and much like any journey that we take, there will be setbacks. Last year I returned to my regular sessions and even started seeing a psychiatrist because of the panic attacks/anxiety battles I was facing. I believe strongly in science and medication. I believe that it is helping me to process from a clear place.

I am an emotional person by nature, I am an expressive person by nature so my only fear was that the medication would suppress the person that I had FINALLY became. I have found that there's a balance, there's a period where your body has to adjust to mood stabilizers. I have spent the past 3-4 months adjusting and I am finally feeling like "myself" again. I shared a lot in this post today. I have SO much more to discuss. Will you stay with me? Please follow my journey, engage with me and let's unpack together. Let's be love and light! Namaste-