I write a lot about contentment huh? Well it is something that has been drilled into my heart and mind over the past year! I'm 28, single with no children and in my world many have settled down or are settling down. It is easy to become discontent, it takes nothing to become distracted, jealous of others but it takes EVERYTHING to be content. When we get into a relationship with the lord we need to understand that we are to follow his leading and timing.
One of my mentors often says that marriage is not a cookie for good Christian behavior but it's WORK! I think that so many of us get caught up in pictures, social media and how things "look" when those are just moments. Nobody is going to post arguments, messy houses and sleepless nights with sick kids or babies. I learned that my struggle is mine so why would I covet someone else's life knowing that they struggled too? Too much time focusing on others happy moments will make you discontent at the end of the day.
I'm coming out of a season of unemployment, heart break and just many tests. My faith was really tested, I was stripped of not only a lot material wise and monetarily but emotionally I surrendered some stuff! My perspective had to shift because I was telling God I trusted him with my mouth but I wasn't really trusting him when I had a 8 to 5 job with benefits... I wasn't really trusting him when all my needs and some of my wants were met from day to day. I was never late paying my bills because every other week I was receiving a nice check. I was blessed and fortunate growing up around my grandparents who saw to it that my needs were met.
There were times growing up where I didn't even ask for certain things but they'd automatically know. Even when living with them I was never quick to ask for anything. I've always known that I can go to them and if I'm in need they'll do what they can. It has been in the desperate moments of the past year that I've went to them on basic needs. After being able to provide for myself for awhile that was humbling and somewhat embarrassing. Having to call on family members who I'd never asked for anything from was humbling! I no longer had the ability to figure out anything on my own and doors were slamming left and right. I was so angry at God around March I stopped praying for two weeks, I was so mad at God because if you know my story I've been so faithful on my journey these past few years. I spent so many years running and the enemy started tormenting me with "you were better off then" thoughts. I wasn't though! I'm not strong emotionally, never have been. Depression has always easily rattled me, life has wrecked me emotionally, I've been known to quickly throw pity parties. Oh poor kid, product of divorce, no male influence blah blah.  God simply told me that I wasn't the only one! He showed me how weak I was and that it was time to fight. It would have been so easy to become discontent a good 7 months ago, it'd have been easy to lay in the dark and die spiritually but I'm choosing to FIGHT.
What are you discontent about? What do you spend time constantly complaining about? Are you lonely? God's there... Are you heartbroken? God's there! Does it seem like everyone else is winning but you're not? My sister he's still there! Discontentment is a trap that we fall into far too often. It's going to take a lot of quiet time, a lot of dying of self, a lot of consistent conversation with the Holy Spirit to get to the place where Christ is enough but it's so worth it! Life has been a series of heart breaks for me but in this season I've learned to get quiet before the lord and he's so faithful. I've yet to have a successful relationship but the way God loves me is more than enough! Yes I want to be married someday but I've reached a place where I'm so content in Christ that if marriage doesn't happen I will be ok. You have to wrap yourself up in the lord or you can easily be consumed and infatuated with what looks good but lacks his heart. Be mindful, be prayerful and be watchful!- Cdj 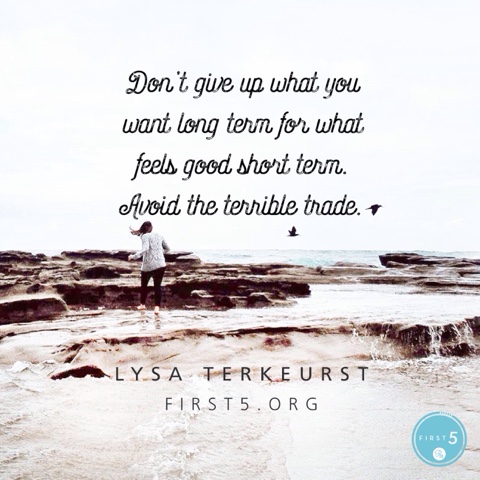 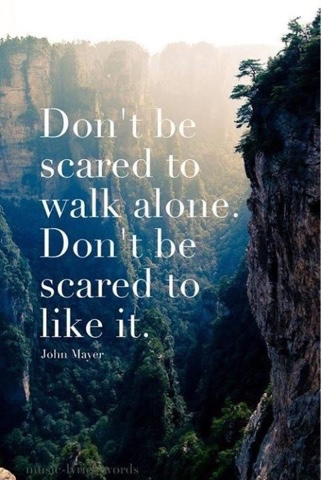