I wasn't going to write or post my end of the year entry... You know the kind of year I have had, the loss my family has experienced and the depth of pain we have felt. You know the lows I have personally faced, the trauma and the shame of having to move back to my hometown. I have shared my deepest fears, many have poured their own hearts out here during the "Shade and Shame Chronicles" with stories of being church girls (we will jump back into that next year) so this has been a good year for my blog in it entirety yet one of the hardest for me personally.
I think that turning 30 has been the most eye opening, freeing and liberating moment I have ever experienced! I feel like I see life from a whole new perspective, I see people for who they are and nothing really scares me these days as far as risk taking. My bucket list has become more important to me with each challenge, loss and even illness has caused me to see life through a different set of lenses.

I think that as humans we will always be on a journey and search of self... we will always be on a search for spiritual maturity and truth as well. The past year has taught me to let go of religious views and philosophies all while focusing on the more spiritual aspects. I have learned how to find God for myself and even though I always knew he was everywhere there have been moments where he's shown up in really dark moments. There have been moments where I found myself enraged and so angry with God because I felt like he had completely abandoned me. I felt like he literally knocked the wind out of my lungs, the bottom out of my heart and the handful of faith that I had left was snatched. If you've been following then you remember last year I left church for awhile, just stopped going (I still studied my word and spent time with God at home) shut myself off from the world and just left. Nobody knew the heaviness I was facing, the war that was going on in my mind and heart. I felt that old familiar feeling that I felt at 19, on the verge of atheism because at times it has felt like God has forsaken me. Job loss, loss of friends, family issues, instability, rejection after rejection I have felt like God hates me. Yes I'm being OPEN and honest! I have felt like God must absolutely hate me or that I am being punished for not being good enough. Those are the insecurities that nobody speaks on, those are the issues nobody touches.
I started this blog in 2014 while I was in the middle of the "purity movement" and surrounded by overzealous, at times confused girls/women. Many of us had never even learned what a true relationship with God was and we were searching for love, for unity and just a closer walk with the creator. A lot of pain can come out of walking a road paved with good intentions... found myself becoming this bible beating, self righteous woman who looked down on others. Never mind that my own past isn't spotless but I was so full of myself. God took it all away, literally took my friends, my circle and my security blanket away and I was broken.

I have read about the glow stick analogy quite often on social media as of lately. The theory is that you have to be "broken" in order to shine and while I don't disagree with that I can't say that I agree either. Yes sometimes God will completely break us to get our attention but I don't think we always necessarily shine from jump. Maybe we will shine eventually but not suddenly like a glow stick does when it is FIRST broken. While I'm known for this blog, my openness on social media and being "God's Girl" I have felt abandoned by him lately. I have had moments where I have felt so far from him yet I do believe that once he saves us we are always saved. It is my belief that there is nothing we can do to escape his love except deny his existence. We spend our lives trying to earn his love, trying to gain his acceptance when the moment you opened your mouth and confessed him as lord he forgave every wrong thing you ever did. Too often we continue to carry shame and guilt, we keep bringing up and "repenting" for what he has already forgiven. I'm not big on the belief that God really runs a behavior modification program or keeps a sticker sheet of gold stars every time you're "good."
We were created in his image yet it was understood that we couldn't handle the pressure so Jesus came and he literally RIPPED the veil that was between us and God so that when we fell short we could LITERALLY go to him. Jesus came and took everything that we as humans could not handle upon himself so I still battle with the notion that God is handing out stickers because you put on a turtle neck to avoid tempting a man who should probably learn to submit his own filthy heart to God. In all my liberal feminism, in all my free thinking I still get up everyday and communicate with God. I have started going back to church this year, I have centered myself and become stable but I also have learned that God is literally EVERYWHERE.

He loves me, he holds the answers to all my questions when others isolate me or shun me from their religious circles because I don't understand supporting a president who disrespects every walk of human life. He was with me when I packed up my life and came back home when my plans to move to North Carolina fell through. He was with me when my grandfather who was the only example of male stability I ever had in my life took ill and left this earth. He was with me when I received 30 plus rejection emails for jobs that I am overqualified for he's been with me while starting up my own publishing/editing company. He has been with me in moments where I assumed he hated me and I in turn hated him. He is the still small voice that now tells me to "erase" certain things on social media because some people will NEVER understand me. God is still here, I know he is because I'm wrapping up the third year of this blog... I'm going for another year and taking it one day at a time. Love and light-CDJ💓 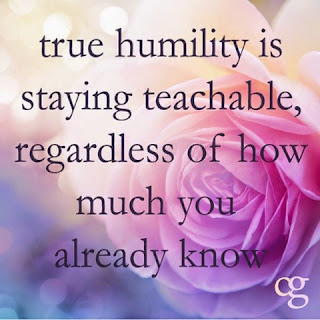