Hola! I am so excited about this next series that I am writing and I am even more excited that we get to do this together! We are definitely stronger together and none of us have an easy road when it comes to being women. Women of color in general have a tough road so my views come from being the black girl with the Hispanic last name. Society sees me as black first... before seeing my face they will see my name and see me as Hispanic. In this current state of our nation that is especially difficult because we have a leader who is not fond of people of color in general (he has made that clear with his words and actions).
I wanted to open up a safe place for women, not just women of color but women in general because there is often a misunderstanding between us and Caucasian women. Our struggles may be similar in certain areas but our battles are NOT always the same. In order for us to come together we need empathy across the board. I am a Black person first and a woman second but some might not understand that so I will explain. My blackness is always going to be seen first, that is a fact not an opinion. Most will see my Afro, my features and know that I am Black but most stare after awhile and ask "what else are you or where is your family from?" They see my last name and ask if I am married... or they'll say where did it come from? My great-grandfather (my father's paternal grandfather) made the journey here in the early 1900's from Havana, Cuba. Census records tell me that he had a brother who made the journey with him but the only thing I know of my great grandfather are the stories I'm told because he died well over a decade before I was born. I have always identified as "Black with Cuban blood" and maybe because I do not know much about Cuban culture. I do not know Spanish, I've never been to Cuba and I have just always felt different referring to myself as "Cuban."

My goal with this series is to get your insight no matter what race you are but I want to put a strong focus and emphasis on the struggles of women of color (African-American, Biracial, Multiracial, Asian, Native, Hispanic, Middle Eastern etc) there are some Caucasian women who want to understand but simply don't. There are other Caucasian women who understand but will most likely never care and this isn't for them! This is for us and the ones who want to unify, understand and change the narrative. If you have friends, family or co-workers who may have stories of injustice, triumph, racial and gender bias then they can email them to me: jiminezdanelle@hotmail.com LETS GO!- CDJ💓 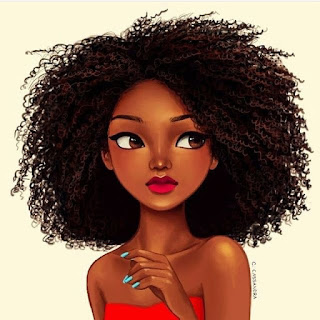