The Pressure, The Plan and The Purpose

I'm really open about my struggles because I understand what it's like to struggle and not have a person to connect with. Many times we look at certain people as if they've "arrived" or made it and we fail to realize that they're just as human as we are. Social media often captures our happy moments, our laughter and highlight reels. Last year I went through a deep season of depression, it was very different than past seasons of darkness that I had experienced. I was literally fighting to hold on! I'm talking sometimes sitting in my living room for hours on end with my bible, a note book and Youtubing a handful of preachers and teachers who poured into me. From Christine Caine, Bill Johnson, Steven Furtick, Heather Lindsey and Priscilla Shirer I got locked into the word and I learned how to fight. Daily I prayed, fasted and trusted God for everything!
It was around October when I realized that I'd let my dream of leaving Indianapolis die, the plan was never for me to set up permanent camp here. I moved here to get the feel of being on my own and the plan was to move to Atlanta within a few years. I went before the lord and kept asking is it time for me to head to Atlanta... one night he dropped Charlotte NC in my spirit. Since 2014 I've literally tuned into Elevation church every Sunday or played the message back on Monday morning. I'd tinkered with the idea of visiting the church, I've sowed offering into the church at times because I just feel that if someone is pouring into you then you should bless them just as they've blessed you. I heard the Lord say so clearly," Go to Charlotte." I got excited, I got nervous and I was confused. At that point I'd just been let go from one position for the umpteenth time in a year span, I'd been hired at my current place of work but had to wait a month to start. I'm like God how do I get to Charlotte? How do I go about this process? Of course he didn't audibly speak to me like he spoke to Abraham but over time I've heard him saying trust me, put your faith in me just as you did when you first moved here.

Given the fact that I only moved two hours from home it was hard, it still is at times and 9 hrs is so very far away. The goal is to move in May and I trust God's plan for my life, I'm feeling a lot of pressure, some anxiety but fear isn't of him so sending it back to hell. I know that he has a plan for me because everything that I've tried doing or accomplishing on my own failed. I know that part of my purpose is to write books, to encourage and uplift people but I also know that's just the surface! God is so faithful and he's yet to steer me wrong. In the last season he broke me to build me back up, he had to make my heart look like his and I couldn't be changed without pressure. Diamonds are created under pressure! The fact that he loves me enough to strengthen me is everything to me. Keep pushing! Life gets better.-CDJ 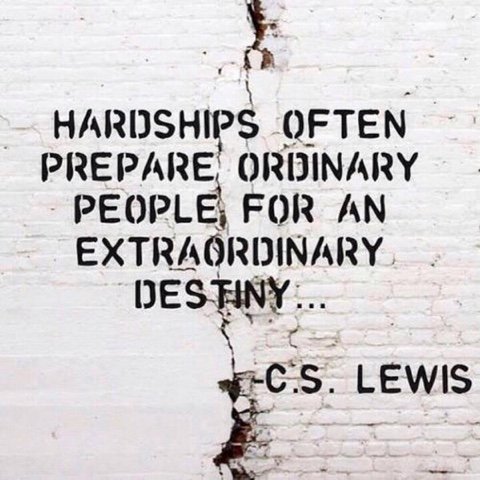